Written by Rute Moreira
Updated over a week ago

To help you understand how your subscription trials are converting to payment, we've implemented a new trial conversation analytics graph that allows you to track how many people are in trial, and out of those, how many converted or have an expired trial.

To access the In Trial Overview graph, navigate to Subscription, then click on See Breakdown next to In Trial.

This will take you to the In Trial page where you will see a graph displaying each months' results. Below it, you will have a breakout of each month. The data collected is divided into three metrics: 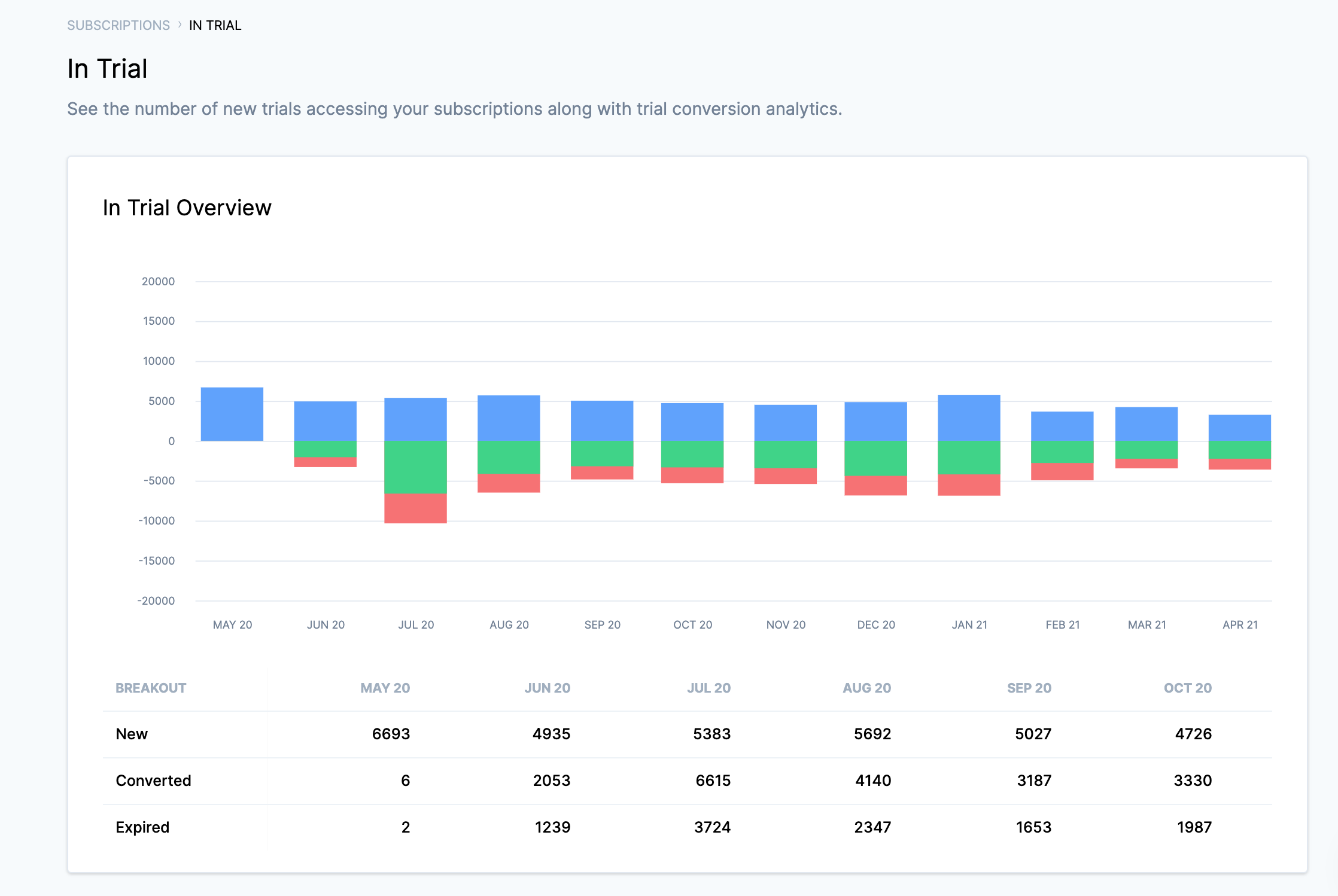 You can compare each month how many people are converting into new paying users or canceling their plans by hovering over the graph. When hovering over a month, you will see the actual number for each metric—just like in the breakout area—and a percentage that compares the selected month with the previous month. 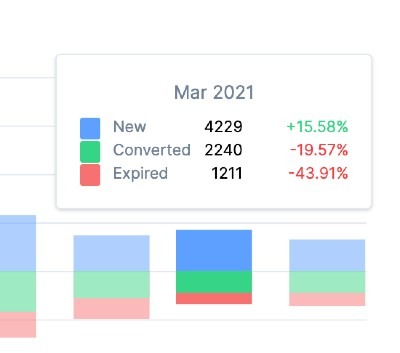 For example, when I hover over March, I had 43.91% fewer expired trials when compared to February. That means that either more people are still in trial or had more conversions than last month. In the same month, I also had 15.58% more new users in trials than the previous month.

When comparing data on your Subscription tab with the In Trial Overview graph, know that the data we are collecting for the graph is in the In Trial column. The Total column is to show you how many are in trial plus how many are already paying users.

NOTE: The graph's data will be provided on a rolling 12-month period. It will start from the month the feature was released along with the previous 11 months.

The information provided in these graphs cannot be downloaded as reports; however, you can create a feature request if this is something you would be interested in.

Did this answer your question?